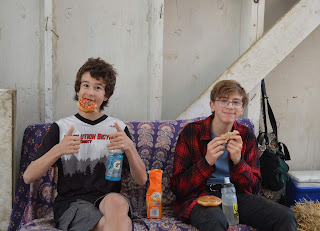 The Ethniks are back! 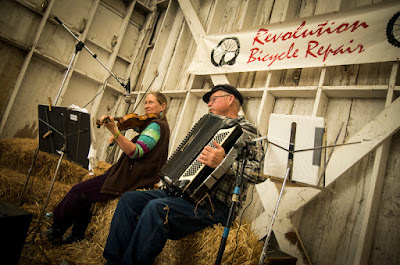 The Ethniks are back again!
The barn will be filled with their warm and lively music!

Posted by Bogstomp at 2:32 AM No comments:

BOGSTOMP things are coming together!! Bryan Buswell KILLED it with the poster art again.
In his travels through artistic time and space Mr. Buswell has stumbled across a legendary figure and documents it here to celebrate our event. 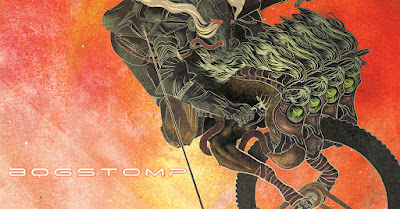 He is an astroknight. His breath curdles and vaporizes in the harsh Mars atmosphere. He is on a mission. A mission to search and destroy. He is a ranger of sorts, more vigilante... more outcast survivor in the harsh martian ether. His existence is harsh and heavy. Our astroknight's name is Hazel.

Hazel is riding a gelding; a gelding named Stigvard. Stigvard has four heads because it is easier to genetically modify four heads onto a horse than to increase a horses brain mass by four times though the latter was attempted at terrible cost to society. This terrible large-brained creation spawned an invasive super-species. A "horse" with some brains and a lot of f****d up emotions. These things are colloquially known as Bidduams (Pronounced Beed-dah-oom). Genetic Pirates are are to blame for the Biddaums neglectful release. This is the heaviness Hazel battles, or hunts, or is hunted by depending on the year. It is a race; a race for sanctity on mars. A race for a forgotten dream of peace.

For this most-holy race Stigvard has been retrofitted for dunes and rowdy brapping and as they roar across the space-scape our astroknight Hazel knows this is his last mission....
He is enjoying the moment, because it is his last.
Posted by Bogstomp at 10:03 AM No comments:

November 9th.
It is happening again.
We start at noon.
More info to come.... 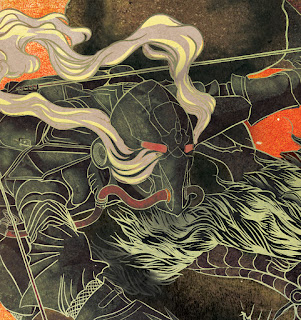 Posted by Bogstomp at 9:21 AM No comments:

Fall is almost over!!
Holy snotrockets Batman! What a busy season! Just back from digging in torrential rain prepping for the upcoming 2019 Blue Lake Cyclocross event in February and finally catching up a bit. Apologies to all who have waited far too long for these (somewhat accurate) results. The timing chip system failed and we relied entirely on the backup system which saved us. There are inaccuracies and we hope that everyone forgives us and that your overall enjoyment of the event surpassed any results debacles. Here you will find the 2018 30 minute and here is the 50minute. There are also some photos uploaded on PINK BIKE.    A very belated thank you to all who came out and we hope to see you all next year! We'll always have some newish nonsense planned! 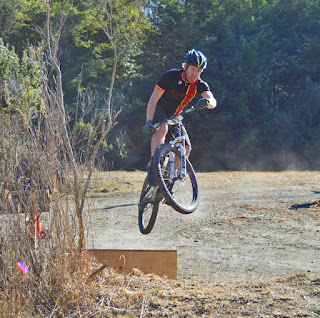 Gravy is a stud.
Posted by Bogstomp at 1:30 PM No comments:

Hello out there!
This Saturday November 10th the 11th (Eleventy-tenth in Hobbit-speak) Bogstomp will happen in Elk River! There are some awesome course changes and the weather looks great so far! Well- great for sun which means not quite as boggy as we might like :) There is a map to the venue here:

THIS IS A LINK TO A MAP
The Ethniks are returning with their feel-good sound, Tim Daniels has the BogBrew ready and Lost Coast is lending a hand with more delicious beer. The racing starts at 12:00 pm and we are looking forward to another awesome year! 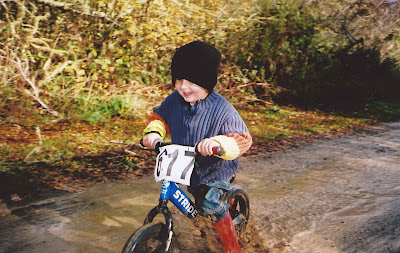 Posted by Bogstomp at 9:40 AM No comments:

Posted by Bogstomp at 4:11 PM No comments:

The archive is down for a few- it will be back!